It was my grandfather’s birthday today, so I just wanted to reflect for a moment on what a great man he was and feel thankful for his influence on me and the love he shared through my childhood and adulthood. He died a few years ago, and I feel it’s important to take a moment from my busy life to remember him through a few reflections. I hope to write more, to collect these reflections over time, and I need to start somewhere: why not now?

Growing up, I always knew him as Poppa. In more recent years, I became conscious of his sense of presence, both in the way he carried himself, and the way that he was present to a conversation. It wasn’t until the last several years of his life that I noticed how his lips would move slightly as he followed what the speaker was saying; he listened with more than just his mind, and I learned to be more present with him while he spoke, as well. His own presence pulled me more towards that same space. In the last several years of his life, when I would visit my grandparents in upstate New York, I noticed that in keeping them company my own mind would slow down. They were simply slower, in their old age; just as sharp, but slower. I would sync up (down, rather) to their rate of time flow; the days of my visits seemed to go by quickly. We would have breakfast, I would read; we would have lunch, I would check my email and do some work; we would have dinner; we would watch some television (he liked to watch the McNeil Lehrer News Hour on PBS, and Judge Judy, for which I didn’t have quite as much tolerance). Sometimes we would go out to dinner: the Chinese restaurant called Daxxon down by the old Thruway shopping center was a favorite, as Poppa was friends with the owners.

My grandfather was on the board of and served as president, secretary, and in other roles for a significant number of charitable organizations. His office walls held many award plaques. He didn’t speak much about this side of his life, and I know little about it; he served humbly.

I don’t want this to be a long exposition; I just wanted to post something to mark the day, and to resume some thoughtful self expression on the Web. Happy birthday, Poppa.

This is my first post in a while, and I want to get back into the habit of writing things on the Internet. There’s a bit of perfectionism present: do I really have something new to say? Can I adequately express the ideas in my mind? With practice, I can get better.

I’ve recently moved to San Francisco, and am getting settled here. I’ve found a nice place to live, and am exploring my neighborhood. Today I went for a long run, through Golden Gate Park, all the way to the beach. Altogether, I ran about 8 miles, door-to-door. Living in L.A., it’s hard to escape the city: runs on city streets don’t feel good to the lungs. I’m impressed at how _small_ S.F. is, by comparison, and how distinct its neighborhoods are. Public transportation here is great. There’s a lot of character and history, here, however it is not dry, in the form of historic buildings and monuments. Rather, it seems vital and alive. After a couple years of travel and not really having a place of my own, I find myself in a dynamic new life context, around ambitious, optimistic, and weird people. Weirdness seems to be celebrated, here. Those quirks are what make us unique and signal something interesting, some unique life experience, some story, something to share.

People are doing things, innovating, finding empowerment in attempts to change the ways whole industries work. Technology powers virtual marketplaces, and within these spaces new virtual products emerge and compete. When something virtual facilitates an improved process for something we do in the real world, with moving parts which include people, there’s a traction point where algorithms can become directly involved in the organization of reality. Machine learning, or artificial intelligence, is the new hot thing, having matured enough that a phase-shift is emerging in terms of the types of problems engineers are trying to solve. As a whole, we are embedded within our machines, which are embedded within us. People rush about in Amazon.com’s warehouses, at the behest of algorithms created by people. (See this RadioLab episode: “Brown Box“.)

The further problem of societal anxiety related to an ever more rapidly changing job landscape is one that technology itself can help with, and I hope more people focus attention in this direction. In other words, as more jobs which people used to do become automated by increasingly intelligent algorithms and better designed systems, people find themselves facing a future in which opportunities shift more quickly. The unique feature of our time is the nature of ever more rapid technology-fueled change. History may tend to repeat itself, particularly when we forget the past, but there is something new, here. I’d like to follow and observe this thread.

That’s all for now. I’m looking forward to reinhabiting this virtual space.

If only we can destroy all codes and computers world peace can be easily achieved.

I am a programmer. I dislike the above comment.

End of these computing devices will bring everlasting peace to my life at least… You, Michael I am sure would be far happier and peaceful while NOT dealing with arrays and pointers and loops or so I hope.

Computers are tools that help us solve problems we could never solve before, but they also create new problems. People are often isolated and alienated due to our lifestyles. Do programs that trade stocks faster really add any value? But also there are so many new possibilities. Diseases cured/prevented, the world better understood and safer for the average individual than ever before, artistic possibilities, etc.

I like composing music using electronic instruments (computers) as well, and also use my computer to write, edit photos that hopefully bring other people a little enjoyment, etc. It’s kind of abstract to think of programs as extensions of our minds, but that’s going to be more and more clear.

I agree about the more stressful and demanding part, though. Why is that, and how can we be free of it? I think it’s a form of information and expectation overload, and it’s related to ego. (=> Self-judgment and not enough self-compassion; need to construct and identify with a self-judged “worthy” personal image in the complex world, something that marketing creates in us in an inflated way, etc.)

That is, computers are an extension of our minds, but it’s also important to give our minds lots of rest and just “be”. 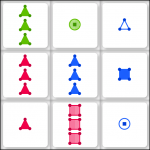 Although I’ve let this blog and my site itself languish for a long time, I think it would be nice to have a place where I can post and collect my thoughts, which is not Facebook or Google+.

I deleted this blog a while back because the version of WordPress I had running probably was susceptible to a hack which was allowing a bot of some kind to inject malicious code into PHP files on this site; also, I wasn’t using it. Further, the majority of my old entries seem somewhat silly to me now. So I didn’t see value in tracking down the WordPress problem, felt it was simply time to move on, and deleted the site.

On the other hand, there’s value to us in seeing “where we’ve come from”. So as painful as some of these posts are, that’s just what I was thinking at the time, and for the most part, I will let them be.